Many would agree that 2020 has not been an easy year. But on top of politics, protests and a pandemic, you’re also considering a divorce. Or perhaps you’ve started the divorce process.  With all the stress that goes along with it, you didn’t give much thought to how your beloved dog or cat factors in. But suddenly it hits you. Fluffy the golden retriever and Sparkle the tabby – what do the pet custody laws say about them? Who gets the pets in a divorce?

With pet ownership part of the fabric of American society, such questions are here to stay. Statistics show that more than 70 percent of U.S. households own at least one family pet.  Collectively, owners spend upwards of $25 billion on their pets’ care (American Pet Products Manufacturer’s Association). Along with those numbers come rising numbers of pet custody battles during divorce proceedings.  Driving the trend are millennials, who make up the majority of pet owners today. Many delay having children, evidenced in 2018 by the lowest U.S. birth rate in 32 years (Center for Disease Control). Increasingly, young adults see their pets as family members and companions, and they’re not about to give them up as part of a divorce. 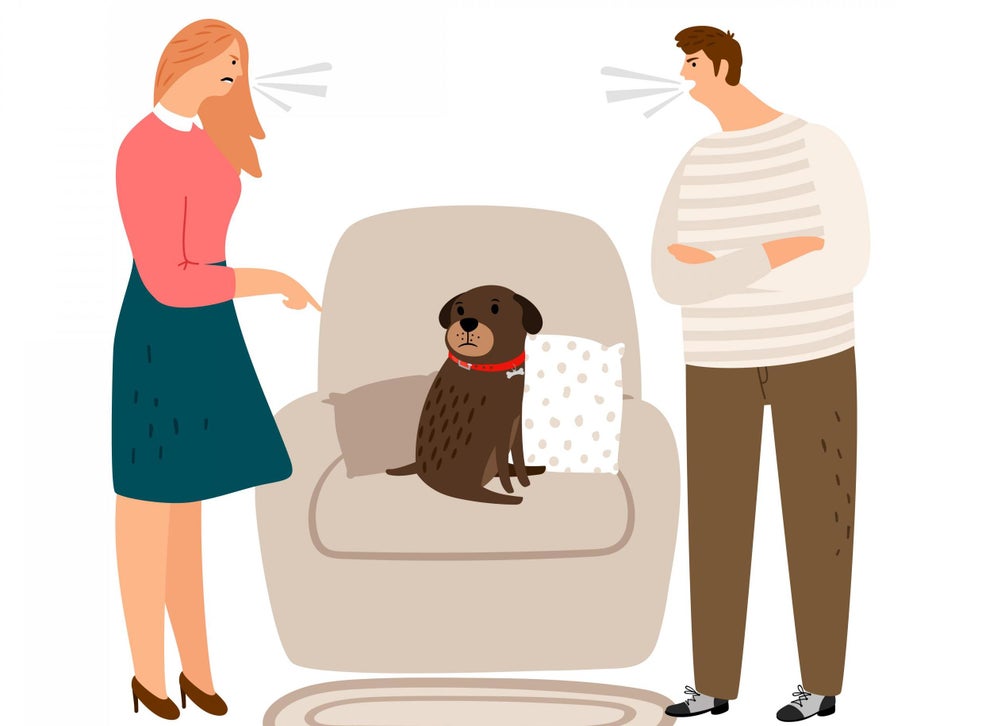 Let’s let the legal system weigh in: What do the pet custody laws say? In 1897, the U.S. Supreme Court first ruled that pets are personal assets or possessions. Back then, pets weren’t considered family the way they are now. Dogs had a more utilitarian function for households and farmland. Today, we strain to view our dogs – or cats – as property, like a toaster, jewelry, or the living room couch.  But the law hasn’t kept pace. Although much remains at the discretion of U.S. county courts and judges during a custody battle, pets can be granted to only one party. No “shared custody” for Fluffy.

So how do you approach the process if you love your pet but not your ex?

How are Pets Divided in a Divorce? 8 Tips to Consider

Animals are family members to so many. No longer items to be easily handed off, they have become central players in highly charged, emotional contests. As such, countless divorce proceedings have been slowed or stalled to iron out pet custody arrangements. Outside the traditional courtroom route, here are a couple more tips:

Pets and Divorce: The Laws They Are a-Changin.

According to the American Academy of Matrimonial Lawyers, the U.S. has seen a 22 percent rise in pet custody hearings in the last decade. The trend will only continue. Some states have begun revising pet custody laws to reflect our pets’ changing roles in the family. In 2017, Alaska created its own statute that factors in pets’ emotional well-being as a determinant. Illinois followed suit with its own statute in 2018, and California in 2019. The states of RI, PA and Washington, DC are taking a fresh look now, too.

Courts are recognizing the growing role of pets in our family lives and are starting to revisit laws around pet custody. Future case law will reflect these changes. Add it to a tumultuous 2020: divorce law that asks, “What’s best for Fluffy?”

Christine Moccia is a divorce and family law specialist in Rye Brook, New York. She has more than 28 years of experience as a litigator, advocate, negotiator, and adviser. Christine has successfully helped clients in the areas of divorce, separation, mediation, custody, child and spousal support, and prenuptial / post-nuptial agreements. Visit www.christinemoccia.com. Email: cmoccialaw@gmail.com. Phone:  (914) 902-3325

Find Me On Social Media